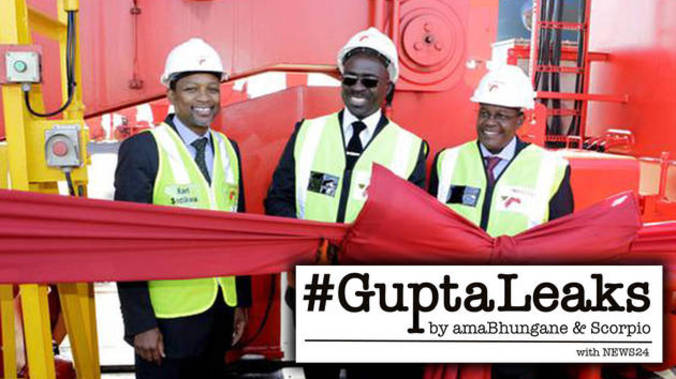 Just after President Jacob Zuma attended the BRICS summit in China earlier this month, City Press reported that the China Communication Construction Company was gearing up to close South African state contracts worth R70-billion, with no public tender. But CCCC’s subsidiary Shanghai Zhenhua Heavy Industries, which sold port cranes to Transnet, was already embroiled in the corruption contagion spreading from Zuma’s administration and the #GuptaLeaks. Now we have found the crane manufacturer’s kickback agreement with a Gupta intermediary.

Transnet bought seven of the world’s most expensive port cranes because its Chinese state-owned supplier inflated the price to pay off the Guptas, a kickback contract shows.

When Transnet awarded the contract in September 2011, the cranes were worth no more than $81-million (R570-million then), but ZPMC inflated the price to $92-million (R650-million then) to make room for “commissions and fees”.

This is according to an “agent agreement” between ZPMC and a Dubai company called JJ Trading (JJT).

JJT stood to take most of the crane price increase, plus an extra cut, altogether totalling $12-million (R84-million). In return, JJT would make sure ZPMC got its contract.

However, financial records in the #GuptaLeaks show that JJT was largely a cut-out for the Guptas, who got most of the JJT money.

The implication is that ZPMC paid bribes to the Guptas, who somehow influenced Transnet to give it the contract.

A crane expert described this as “the most expensive crane sale of its type ever recorded”. (The expert did not want to be named.)

This kickback contract adds to a mounting body of evidence that the Guptas were gatekeepers of Transnet contracts from which they extracted enormous tolls.

JJT styles itself as a scrap metal trader, but the #GuptaLeaks suggest it runs a brisk money laundering service.

Transnet said it was investigating.

This is the third Gupta-Transnet alleged kickback contract we have found. The others involved locomotive manufacturer China South Rail (CSR) and German software giant SAP.

By stark contrast, the two state-owned Chinese firms, which are among the most seriously implicated, just shrugged off the allegations.

CRRC Corporation Limited, which absorbed CSR in 2015, ignored our questions.

After repeated emails and two preceding articles, ZPMC said: “What you intend to report relevant to ZPMC is untrue. We have no business or other relationship with the Guptas, your president Jacob Zuma or his family.”

It declined to explain its relationship with JJT but demanded that we retract our preceding articles.

The Gupta brothers Atul, Ajay and Tony are close to Zuma, bought a house for one of his wives and are in business with his son.

The Guptas have consistently declined to answer questions, but Atul did tell the BBC the #GuptaLeaks were fake.

In late 2010, Transnet tendered to buy two ship-to-shore gantry cranes to move containers to and from ships at Durban container terminal.

Brian Molefe was Transnet’s chief executive officer from February 2011. Last week, he told us: “A lot of the shipping companies were at pains to tell us about the congestion at Durban port, and it was not possible to work with the cranes. They were very old. They were already breaking down, and there were huge delays, so the port needed new cranes.”

Meanwhile, a shadowy group of agents got to work on the tender behind the scenes.

A port insider with knowledge of Transnet’s crane deals alleged that the agents lobbied Transnet to change the crane specifications to suit certain bidders and to increase the number of cranes from two to seven.

Such inside information could make or break competitors’ bids.

The #GuptaLeaks show that in December 2011, a senior Gupta manager emailed a person linked to JJT a confidential Transnet document outlining an upcoming crane tender.

The document metadata indicates that it was drafted by an employee in Transnet’s Office of the Chairperson and Group CEO. Then CEO Molefe told us he did not know how the Guptas got it.

‘Nothing to see here’

Transnet spokesperson Molatwane Likhethe said the company knew of nothing untoward: “A technical assessment indicated that the two 20-metre gauge rail cranes that the company initially planned to buy would not meet the weight requirements for the quay wall due to excessive wheel loads.

“The study revealed that the quay wall could only handle nine cranes of a lighter specification, two of which could only be purchased after the completion of the berth deepening project.”

So, Transnet cancelled the two-crane tender and issued a second one in 2011 for seven more expensive “tandem lift” ship-to-shore cranes.

But, the crane expert said: “The first two cranes Transnet planned to buy were dramatically lighter than the ones they ended up buying. Also, you can always add more wheels to disperse the weight and comply with individual wheel loads. Anyone that knows anything about cranes knows that.”

Transnet did not respond to follow-up questions.

It describes Transnet’s tender for the seven tandem-lift cranes and states that JJT “has agreed to assist [ZPMC] as an agent to facilitate in this bid”.

The contract describes an apparently innocent role for JJT.

JJT would “facilitate” and “handle” ZPMC’s bid “and other relevant matters”. It would communicate with Transnet on behalf of ZPMC and help the Chinese staff to understand South African laws, codes and customs. JJT would even send out invitation letters, make hotel reservations and arrange airport shuttles.

But, critically, ZPMC would only pay JJT on condition that Transnet gave it the contract.

There was much fanfare when ZPMC delivered the cranes in 2012 and 2013. Molefe and then public enterprises minister Malusi Gigaba attended the ceremony.

News reports said these were the first tandem-lift cranes to be installed in the southern hemisphere.

World Cargo News reported that no one outside of China used them, except for a Dubai port, which had by then adopted a different solution.

But the crane expert told us this was for a good reason: “Why did Transnet need the most expensive type of crane ZPMC makes when the Port of Los Angeles and the Port of Long Beach, which are premier high efficiency ports, don’t use it? Everyone knows they don’t work that well.”

They said that port logistics crews often battled to manage the double lift, so the efficiencies were seldom realised.

But, last week, Molefe told us: “We decided on the tandem-lift cranes of that size because the type of vessels that were calling into Durban were quite wide, and our cranes could not reach to the other side of the vessels. These new cranes can, and they can take two containers at a time instead of one.”

He said this would double the cranes’ efficiency.

Again, the crane expert disagreed: “Most cranes can do the double container lifts.” The tandem lift capability was not necessary for this.

Ultimately, it is not clear if Transnet’s decision to buy expensive cranes from ZPMC made technical and economic sense, but if it did not make sense, as alleged, that is probably because ZPMC was paying off the Guptas.

We recently reported that JJT and related shell companies received about R1.5-billion in Transnet kickbacks.

CSR paid most of this. The first Gupta kickback contract we published showed that the payments were in return for the “agents” making sure Transnet gave CSR a locomotive contract. Most of this was paid on to Gupta-controlled companies in the United Arab Emirates.

From other JJT transfers, we identified about R55-million that ZPMC paid to the Guptas, through JJT, between 2011 and 2013.

Now that we have the ZPMC-JJT kickback contract, it is clear that ZPMC was in fact paying the Guptas to make sure it got the Transnet contract.

Together, the kickback contract and a related document explain that JJT was to be paid $12-million (R84-million then) – if ZPMC won the Transnet contract.

The documents explained that even though ZPMC “offered” to sell its cranes for $81-million, Transnet would pay an inflated price of $92-million, to make room for the “commissions”.

JJT would keep 85% of the increase plus 3% of the Transnet price – this all totals $12-million.

We previously reported that during the tenures of Molefe and Anoj Singh, Transnet’s former chief financial officer, Transnet spent about R30-billion on contracts against which suppliers kicked back about R5.6-billion to the Guptas.

Meanwhile, the Guptas bankrolled Singh’s alleged girlfriend, hosted him in luxury in Dubai six or seven times, opened a secret offshore shell company for him and, the #GuptaLeaks suggest, gave him large amounts of cash.

Singh and Molefe said they were not bribed.

We have not traced anyone who admits to representing JJT. 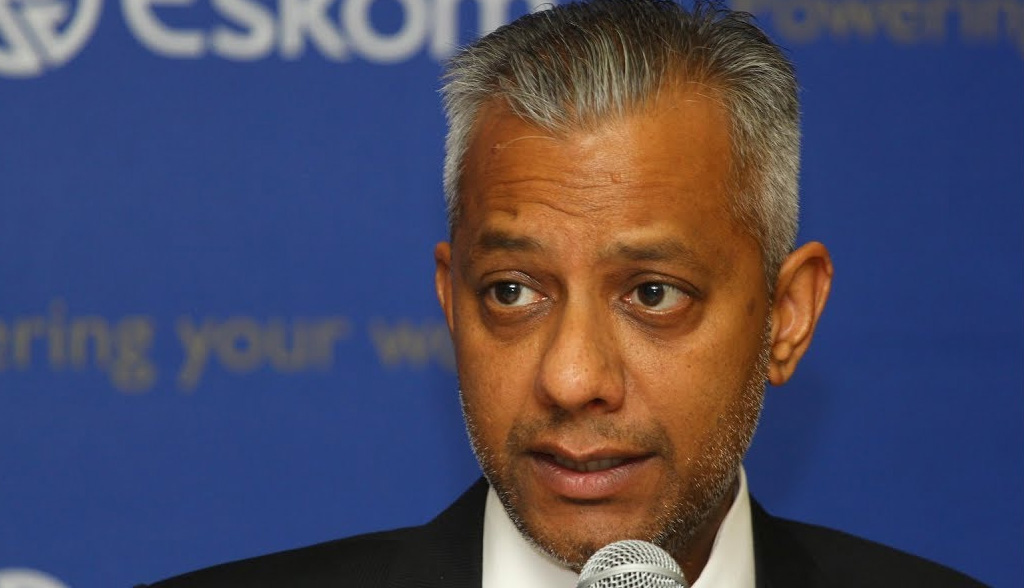 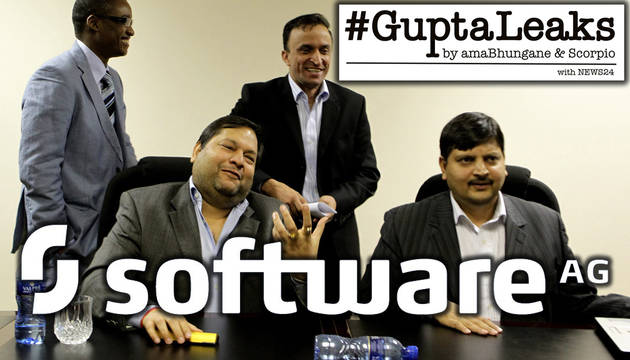 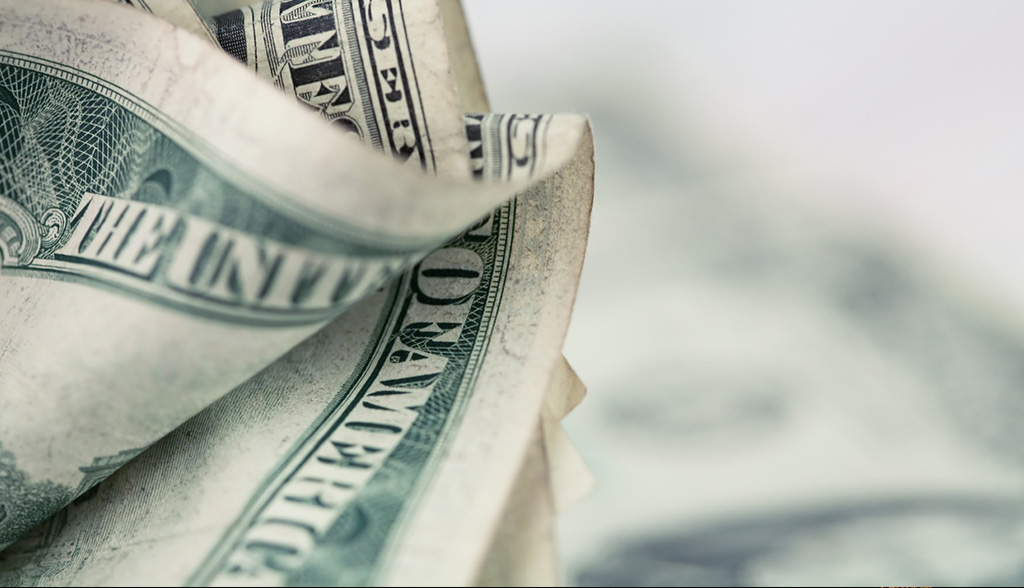