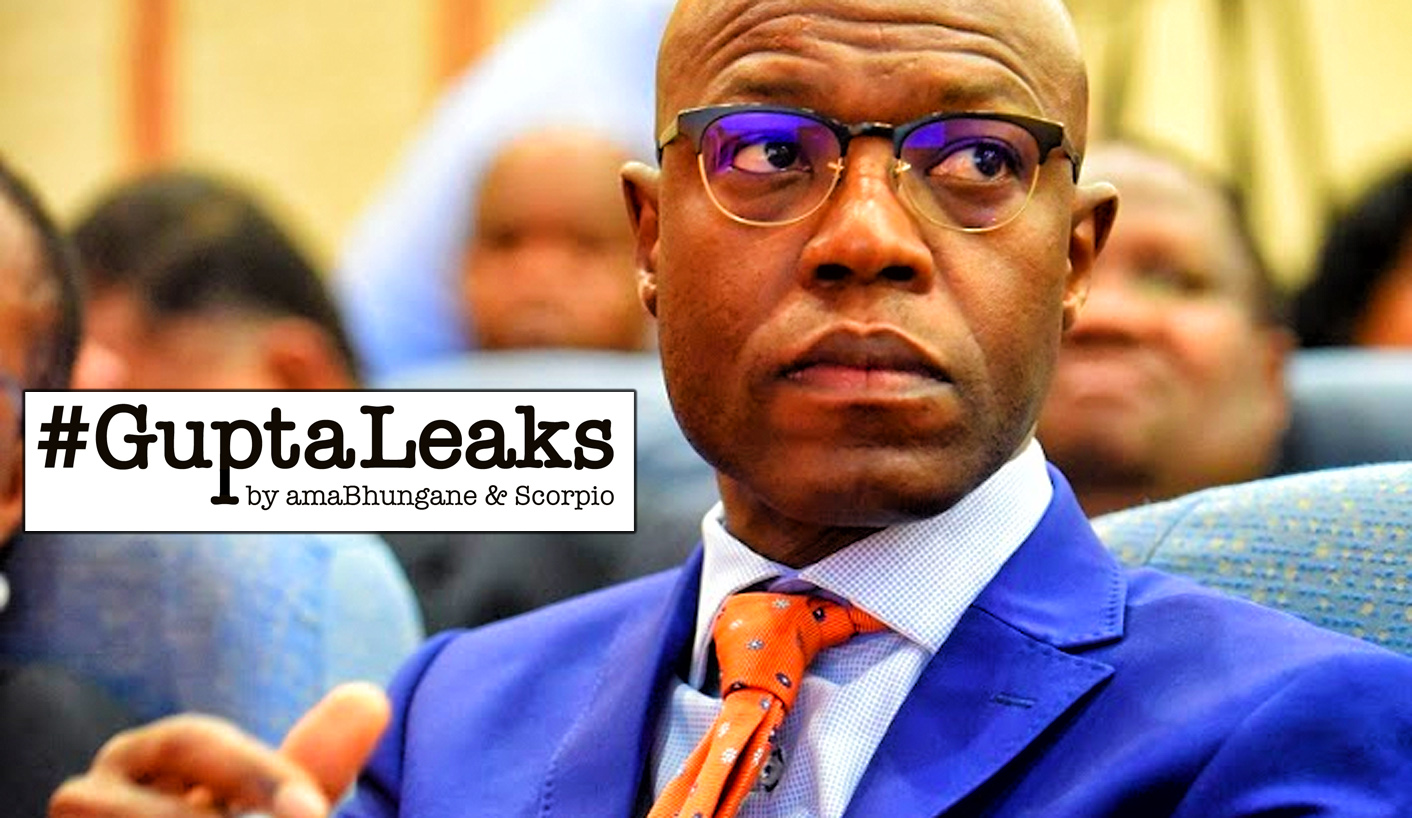 The #GuptaLeaks have exposed the extent to which Matshela Koko – once tipped to become Eskom chief executive – appears to have been captured by the Guptas.

Last month Koko stood down as acting chief executive and went “on leave” pending the outcome of an investigation into allegations that he channelled lucrative contracts to a company partly owned by his 26-year-old stepdaughter.

Now the #GuptaLeaks provide further evidence of a cosy relationship with the Saxonwold family too.

In November 2015, the Guptas were in negotiation to buy Optimum Coal, but despite Optimum’s dire financial state, the mine’s owner, Glencore, was reluctant to sell.

On November 3, the business rescue practitioners who had been placed in charge in the struggling mine wrote to Koko, at the time Eskom group executive for generation.

They informed Koko that if Eskom did not make a reasonable offer to renegotiate their loss-making coal contract, they would have to consider liquidating the company.

Two days later, Koko wrote back full of vitriol, threatening to seek intervention from the department of mineral resources. Eskom, he warned, may be forced “to review the engagement with Glencore from a portfolio perspective” unless the business rescue practitioners concluded a deal.

What the #GuptaLeaks now show is that on November 4 and 5, the Guptas, who were offering to buy Optimum from Glencore, were right in the thick of the action.

Late at night on November 4, two e-mails were sent from the e-mail address [email protected] Both e-mails bounced through two anonymous e-mail addresses, identified only as “Business Man” and “Western”, before landing up with Gupta lieutenant Ashu Chawla.

Like other e-mail providers, Yahoo does not reveal the identity of its users. However, the content of the e-mails makes it clear that they either came from Koko or from someone similarly senior at Eskom.

The first e-mail was sent at 10.39pm with the message: “Please give the Boss. The fight begins”. Attached was a confidential correspondence between Eskom and one of the Guptas’ competitors.

The second e-mail was sent at 11.46pm. This one contained a legal opinion that Eskom received from its own legal counsel – Eskom wanted to know two things: Could a court remove Optimum’s business rescue practitioners? And could Eskom force Optimum to keep delivering coal at the loss-making price of R150/ton, now that the mine had been placed in business rescue?

The legal opinion warned that Eskom was in a weak bargaining position, especially considering that “Eskom currently had no supply of coal; has not considered and/or identified an alternative supply…”

Eskom’s lawyers advised the executives to negotiate with Glencore.

The last thing any responsible Eskom executive would want is for a sensitive legal opinion like this to fall into the hands of the company that was in negotiations to buy the mine from Glencore.

But whoever “Matshela2010” is, he or she delivered the damning legal opinion to the Guptas.
By 10.05am the following morning, the Guptas had both the Eskom legal opinion as well a draft of Koko’s vitriolic letter that he would later send to Optimum’s business rescue practitioners.

It’s not clear how the Guptas received Koko’s letter, still in draft format – all the #GuptaLeaks shows is that the letter came from Rajesh “Tony” Gupta’s e-mail account.
Within days of Koko’s letter being sent, the business rescue practitioners agreed to enter formal negotiations with the Guptas.

A month later, Glencore had agreed to sell and the Guptas’ Tegeta was about to enter the mining major league – but only if it could come up with the R2.15-billion purchase price for Optimum Coal.

The #GuptaLeaks now reveal that the Guptas planned to fund much of the acquisition from Eskom’s books using a R1.68-billion prepayment from Eskom against future coal deliveries from Optimum.

Correspondence between Koko, Tegeta chief executive Ravindra Nath and Tony Gupta shows that on December 9, 2015, Tegeta wrote to Koko referring to a meeting where it appeared the prepayment had been agreed in principle.

In the letter the Tegeta boss confidently asks Koko “to kindly send us a written confirmation regarding the payment for supply of coal amounting to R1,680,000,000 … detailing the agreed terms and conditions”.

Tegeta even attached their lawyer’s banking details, apparently convinced the prepayment was a done deal.

The exchange took place even before Tegeta announced on December 11 that it had signed a deal to buy Optimum for R2.15-billion – in other words, it appears Tegeta planned to fund its acquisition of a major coal mine in part by pre-selling coal from the mine it did not yet own.

It is not clear why Eskom appears not to have followed through, but it is now well-known that four months later, Koko headed a late-night special tender committee meeting that gifted Tegeta the final R659-million prepayment it needed to finalise the Optimum Coal acquisition.

The spectre of load-shedding

In June 2016, when Koko was first confronted about the prepayment during an interview with Carte Blanche, he initially denied that any prepayment had been made, then changed tack, saying: “I’m not aware that it’s paid. But in the event that it’s paid, it’s not unusual,” adding: “Let’s say I’ve made a mistake.”

Since then Koko, Molefe and Eskom board chair Ben Ngubane have spun a story that the prepayment to Tegeta was necessary to avert load shedding during winter.

In countless statements, Eskom has detailed how ongoing threats of strikes left their power stations short of coal, and by April Eskom’s only option was to offer a prepayment to Tegeta to be spent on equipment and opening up new mining areas.

But the emergence of Tegeta’s December 9 letter to Koko, asking for a prepayment four months earlier, confirms what has long been suspected: that the primary objective was to use Eskom’s balance sheet to fund the Guptas’ purchase of Optimum Coal.

In January last year, just a few days after Tegeta took possession of Optimum, Koko allegedly flew to Dubai. Records from the #GuptaLeaks show that Koko stayed just two nights at the Oberoi Hotel in Dubai – Monday 4 and Tuesday 5, at a total cost of around R11,500. The bill was picked up by the Guptas.

In the months following Koko’s brief stopover in Dubai, Gupta-owned companies benefited from astonishing growth of their business with Eskom:

During 2016 Trillian, a company majority-owned by Gupta associate Salim Essa, is alleged to have benefited from hundreds of millions of rands in Eskom consulting work.