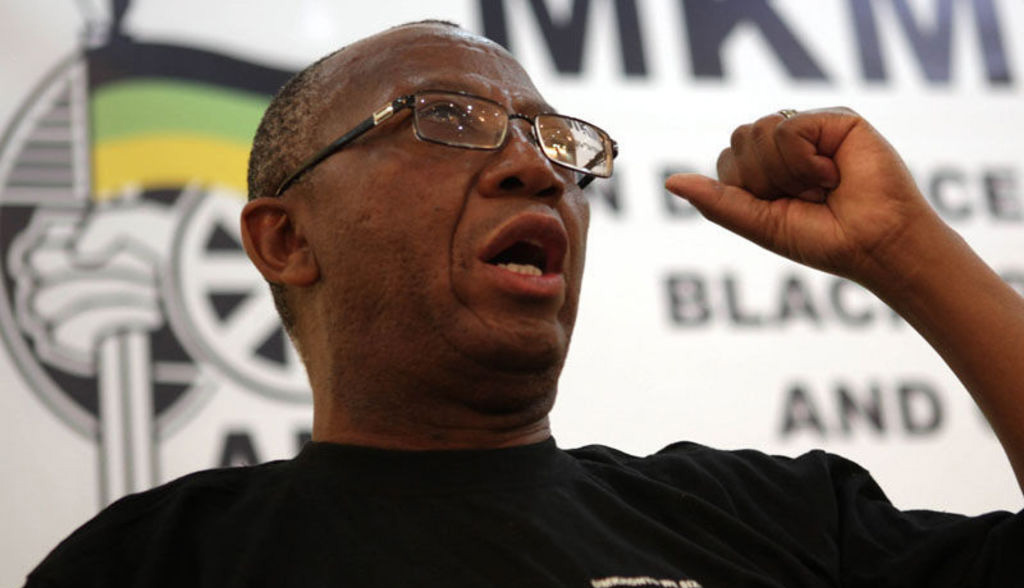 Organising political events can be an expensive business – especially for a group like the Umkhonto weSizwe Military Veterans’ Association (MKMVA), which has been plagued by allegations of looting by its leadership for years.

In such situations, it helps to have rich friends. Enter the Guptas. Emails from the #GuptaLeaks trove show that the Guptas picked up the R850,000 bill from the MKMVA’s 2010 national general council, with the money deposited straight into the MKMVA’s bank account.

Attached to the email was an invoice for R850,855.40, for conference facilities, accommodation and food for four days at the Booysens Hotel and Conference Centre, south of Johannesburg. Included in the bill was a “gala dinner” totaling R45,500.

The emails do not record a direct response from Chawla, but the evidence shows that the bill was promptly paid. On August 19, 2010, Motseki’s PA emailed Chawla: “This serves to acknowledge the receipt of the sum of R850,000.00 transferred yesterday the 18th of August 2010 to MKMVA Pfumo account.”

The Guptas’ support of MKMVA leadership has not gone unreciprocated. MKMVA’s Maphatsoe has been a staunch public defender of the family in exchange, repeatedly chalking criticisms of the Guptas up to racism and xenophobia. In 2016, when the heat around the family was starting to rise, Maphatsoe described the Guptas as “friends of MKMVA” and said that the military veterans would defend them from unfair attack.

When news broke from the #GuptaLeaks emails that the Gupta family had helped the MKMVA with drafting media statements, Maphatsoe confirmed that the organisation had a “relationship” with the Guptas but denied that this extended to media assistance. MKMVA further rubbished reports that it had received media aid from British PR company Bell Pottinger, calling such allegations racist and insulting.

The emails show, however, that in July 2016 the MKMVA put out a statement defending the Guptas.

The statement was circulated among the Guptas’ media team, and in response Nick Lambert from Bell Pottinger wrote: “Many thanks – more excellent messaging on our behalf and, most importantly, using statistics to accompany the rhetoric.”

MKMVA leadership has also gone to some lengths to cast doubt on the authenticity of the #GuptaLeaks emails. MKMVA NEC member Carl Niehaus complained in an op-ed carried by the Independent group of newspapers on Monday that the GuptaLeaks reports were being released “in a closely co-ordinated and deliberately dragged-out process” to confirm mainstream media’s “particular narrative of state capture”.

Niehaus wrote: “At this stage there is no way to know whether all the emails that have up to now been released, or some, or any of them are authentic. The manner in which they have been obtained evidently does not make for obvious authentication, and one surely cannot expect from the hackers and the reporters – who obviously have a vested interest to claim they are authentic – to police themselves.”

Contacted by Scorpio on Monday, however, Maphatsoe coolly acknowledged the Guptas’ R850,000 payment in 2010 to the MKMVA.

“Some of these emails are true, like this R850,000 MKMVA event,” Maphatsoe said. “If my memory serves me well, it was for the national general council, and we requested funds from many people. We appreciated it. It’s not a crime to be assisted. It’s not corruption there.” He said that the donations were made “in good faith”.

Maphatsoe added: “Our relationship with the Guptas is not something we have been hiding.”

But the specifics of what the Guptas were funding may indeed have been hidden.

Omry Makgoale, an MK vet who has been openly critical of Maphatsoe and his fellow MKMVA leaders, told Scorpio: “We were not aware that [the Guptas] funded that conference. We thought that maybe [MKMVA leadership] got money from the Department of Military Veterans. We didn’t know, but we are not surprised.”

Makgoale is part of a group of dissident MKMVA members who are taking Maphatsoe and his cronies to court over what he says has been continued looting of the MKMVA trust.

“We know that the Guptas have been funding Kebby Maphatsoe and [former Treasurer-General] Sparks Motseki, all these guys. About five years ago we did a presentation for MK comrades showing how the Guptas are linked [to MKMVA].”

Makgoale put it bluntly: “MKMVA is captured by the Guptas. They funded them, and from there tell them what to do. MKMVA is colonised by the Guptas the same way that President Zuma is.”

In Makgoale’s view, the major utility of the MKMVA to the Guptas lies in the group being instructed to support the Guptas’ preferred presidential candidate.

The MKMVA does not have voting rights at the ANC’s electoral conference in December, but they still hold some sway at a branch level. The veterans have made it clear that Nkosazana Dlamini-Zuma is their choice for South Africa’s next candidate.

“Most of our members are leaders of their branches,” Maphatsoe told the Mail & Guardian in June. “So we have our way of how to influence the African National Congress processes.”