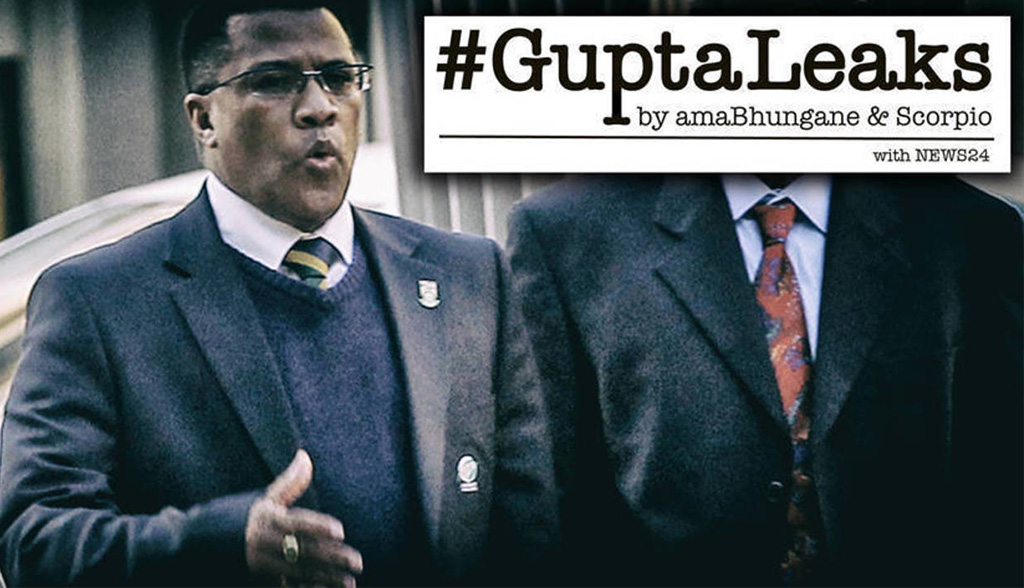 Cricket South Africa wrote off R2-million in sponsorship owed to it by The New Age, Scorpio can reveal.

This amount relates to the Gupta-owned company’s sponsorship of the “Impi” team introduced during the 2011-12 T20 domestic competition in South Africa.

The Impi were drafted in as a short-lived seventh franchise during that season. At the time, reports suggested that the team was cobbled together haphazardly and sold as a “development” side.

The team was based at Willowmoore Park in Benoni which, at the time, was sponsored by the Gupta-owned company, Sahara.

The Impi lasted just one season, having lost 10 out of their 12 fixtures with the other two being wash-outs. CSA were quick to admit their failure on the pitch, but it seems now that there were some serious failures off it, too.

A CSA spokesperson told Scorpio that the money, pledged in sponsorship but never paid over, was written off after several attempts to recoup it failed.

But a failed team isn’t the only deal The New Age had a hand in.

The #GuptaLeaks further reveal that disgraced former CSA CEO Gerald Majola lobbied the Department of Sport and Recreation for “sponsorship” to the tune of R10-million for the second edition of The New AgeFriendship Cup, held in 2012.

The Friendship Cup was a one-off T20 match between South Africa and India, with the first edition in 2011 being marred by accusations it was partly used as a political platform for the ANC.

The second and last edition was held on 30 March 2012, by which time Majola had already been suspended for his role in accepting an undeclared bonus from the Indian Premier League (IPL).

The emails do not show whether the R10-million was ever actually paid and both CSA and then Minister of Sport and Recreation, Fikile Mbalula, say it wasn’t.

The department’s official financial records also show that an amount of R981,000 was transferred to CSA in the 2011-12 financial year.

Mbalula told Scorpio that he “fired” Majola, seemingly referring to the commission of inquiry he instigated against him following the IPL bonus scandal.

But Majola’s brazenness in lobbying for such big amounts of money, all while under investigation, is startling.

E-mails show that on 15 February 2012, Max Fuzani, then special adviser to Mbalula, sent an email to Majola saying: “The Minister have given us the go-ahead to organise this Cricket SA Game with India. We must meet urgently to discuss this matter.”

A few days later, on the afternoon of 20 February 2012, Majola sent a reply to Fuzani, saying: “The purpose of my mail is to formally accept the offer made by the Department of Sport and Recreation after our telephone discussions at 16H00 on 20 February 2012 which is outlined below.

“In bringing the President of the Republic of South Africa’s request on 9 January 2011 to fruition, the Dept of Sport & Recreation shall assist Cricket South Africa host a T20 friendly match between the Proteas and the Indian National Cricket team on 30 of March 2012.

– The friendly match will be followed by a music concert

– The Department of Sport & Recreation shall financially contribute R10-million to Cricket SA to perform the activities mention above.

In order to expedite the process, I kindly request that you insert the attached draft letter on your letterhead, sign and return via email to me at your earliest convenience. Please make the necessary amendments as you deem fit.”

Fuzani responded saying that Mbalula could not commit to the budget of the department and that the responsibility rested with Director-General, Alec Moemi.

Fuzani reiterated that the “the Minister agreed in principle to support the event” but added that further documentation “delineating roles of all the stakeholders involved in this important tournament” needed to be provided before there could be sign-off.

Mbalula told Scorpio he does not recall ever being approached about funding.

Majola denied any involvement and referred further queries back to Cricket South Africa.

A formal invitation from Majola’s former PA, inviting President Jacob Zuma to the match, was later forwarded to Ashu Chawla after it was sent to the President’s office.

Almost all of Majola’s communication with the department was also passed on to Nazeem Howa, then CEO of The New Age and to Atul Gupta.

Present at the T20 at the Wanderers in March were a number of high-ranking politicians, including President Jacob Zuma and his son Duduzane. The Presidency even proudly posted a video of the event on their YouTube channel.

How exactly the event was paid for still remains unclear. The Indian National team does not just get on a plane and agree to play a one-off vanity T20 some 8,000km away from home.

Acting CSA CEO at the time, Jacques Faul, said he had always questioned “the business sense” in the agreement.

Considering the exposure such a T20 received, R500,000 is an astonishingly low figure for such an event and sources have previously claimed that Majola presented no budgets to CSA’s FinCo at the time, but the CSA claims that this was done.

Keep in mind that the exchanges between the department and Majola requesting funding only took place a little over a month before the match was played.

It raises some serious questions over CSA’s governance at the time as well as other deals done under Majola’s reign.

By the time the match actually took place, however, Majola had already been suspended by the CSA for his part in the IPL saga, which saw the 2009 Indian league matches being played in South Africa.

Majola was suspended and later fired for failing to declare to CSA a R1.4-million bonus he negotiated on the side with the IPL.

But even after leaving the CSA, Majola seemingly maintained a relationship with the Guptas. The emails show he often emailed the family with “business opportunities”, including a coal mine and “push to talk” technology. The emails do not reveal if any of these ever came to fruition.

He later travelled, seemingly on the Guptas’ account, to Sachin Tendulkar’s final Test in Mumbai in November 2013 and was invited to the wedding of Varun and Tanvi Gupta in Jaipur – an invitation Majola accepted but later cancelled.

In 2014, a curious email was sent to Ajay Gupta. It was sent from Thando Booi at Border Cricket to Majola and then on to Ajay Gupta with the message: “Please receive a copy of the Warriors/Chevrolet sponsorship agreement which you are offered from 1 May 2015 together with stadium naming rights of both St George’s Park in PE and Buffalo Park in EL which can both be offered immediately.”

The contract that was attached contains all the details of an agreement between the teams and General Motors, signed in 2013. Nothing came of it, but it does raise some questions as to why Majola, somebody who had been suspended for being economical with the truth, would have acted as a middleman between the Guptas and Border cricket. Majola did not respond to our request for comment on the matter.

None of this comes as a surprise, though. The Guptas were central to the IPL being relocated to South Africa in 2009 and have a close relationship with former IPL commissioner Lalit Modi.

Modi is still being sought by the Indian Enforcement Directorate for alleged money laundering and other offences flowing from his early stewardship of the IPL.

In 2010 he fled to London, where he has up until now successfully fended off Indian extradition efforts.

Gary Naidoo, the Guptas’ spokesperson, did not respond to our request for comment.